Caryl: A mysterious, nondescript woman of indeterminate age and eccentric habits who recruits Millie to join the Arcadia Project.

Teo: A cute, talented young chef with bipolar disorder and an attitude problem, assigned as Millie’s partner for her first assignment.

Gloria: A four-foot blonde bombshell and narcissist who has that annoying new girl Millie firmly in her sights.

Tjuan: Gloria’s partner, a disgraced screenwriter with a touch of paranoia.  Possibly the sanest person at Residence Four.

Song: The manager of Residence Four: a timid, earth-friendly, and compassionate single mother.

Johnny: A missing movie star who is in reality Viscount Rivenholt, a noble of the Seelie Court.

David: An iconic film director, pushing seventy, whose genius is owed entirely to his muse Rivenholt.

Vivian: A blood-sucking Hollywood talent agent with a flawless manicure and a sadistic sense of fun.

Clay: A brooding detective who bumps heads with Millie in their respective searches for Rivenholt.

Ellis: Private investigator to the stars.

Stevie: The girl at Residence Four who never talks.

That Bearded Guy:  Millie can never remember his name. 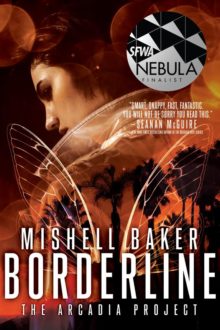