Today, literary agent Eddie Schneider tweeted a list of gun safety rules that had a strangely familiar ring.  I’ve been informed that the discussion began with a blog post from military man and award-winning author Myke Cole, and I would like to list the rules here as excellent thoughts to keep in mind when submitting, as well.

You may think you’re just having a casual chat with an editor or literary agent at a conference, but please exercise due caution.  Even when you think your motives are pure, someone says something encouraging or nerve-racking and then suddenly BAM! there your latest project goes, spilling out of your mouth.  If you’re an aspiring writer, don’t kid yourself that you don’t have ulterior motives in every conversation with someone who could help you.  Being aware of this is the first step to caution.

2. Your muzzle isn’t pointing at it unless you intend to kill it.

There’s no “casual” way to bring up your project around an agent or publisher.  The minute you bring it up, you’ve pitched it.  If you get a “no thanks” at that point, you’ve closed off any later opportunities.  So don’t even bring it up unless you know your pitch is going to slay ’em.

3. Finger off the trigger until it’s time to pull it.

It’s tempting to start querying when you’re “virtually finished.”  It’ll take a while for the agent to get back to you, right?  Not necessarily.  I once got a full manuscript request three hours after a query, which was awkward enough for me when I couldn’t get to the correct computer until late that night.  Imagine how awkward it would have been if I still had to nail down the ending.

4. Know what you’re shooting at, what’s around it, and what’s behind it.

Do your research, folks.  One of the reasons people typically have such an abysmal response ratio is that they fire wildly across a field and hope they hit something.  It may seem like a waste of time to peruse agents’ web sites, see who they represent, check out the deals they’ve done recently and read their online interviews, but when you know what you’re aiming at, it can actually save you time (see above story about manuscript request).  As I implied in a previous blog, there is nothing magical about spending weeks obsessing over the wording of a query.  What makes a query effective is that the agent is looking for just the kind of thing you are offering.  And the only way to know that is by knowing what you’re shooting at.

Hope this is helpful.  (If it is, go visit the site of the agent who inspired it, and start your research there.)  Happy querying!

I’m halfway through a draft of a novel.  When drafting new prose, I don’t read other novels.  That’s not unusual; many people worry about unintentionally aping another writer’s style.  But I’ve got a whole other level of crazy going on.

Years ago, I spent a few months doing pro bono freelance writing and editing for a nonprofit whose aim was to get art and music into local public schools.  At one of the meetings someone told me an anecdote about her friend Jacob*, a university art professor, and his five-year-old daughter.  Their reported conversation went something like this:

Daughter: Daddy, what do you do for work?

Jacob: I teach grownups how to draw.

I’ve been thinking about that conversation lately because I’ve been dealing with a child who, contrary to everything I understand of children, simply would not draw.

I was always the kind of child who would be quiet indefinitely at a restaurant if you handed her a pen and the back of a paper placemat, and so I have always assumed that children naturally drew pictures for pleasure, whether they were good at it or not.  I thought that self-criticism was a faculty that came much, much later to spoil the fun.

But this little girl, far past the age when this was developmentally appropriate, would only ball a crayon up in her fist and make merciless, crayon-snapping scribbles on any paper given to her.  Sometimes she would ask other people to draw things for her, but if she tried to draw so much as a circle, she would look at it, say “That’s not right!”, in a tone just this side of panic.

There was no pressure for her to perform, especially not at first.  But eventually my concern began to bleed through, and made it worse.  I wasn’t concerned about her skill level, but about her dread of the process.  Aren’t children supposed to run to you excited about a portrait that looks like spaghetti dropped from a great height?  They’re not supposed to stare moodily at their work and feel crushed by its inadequacy.

Some had tried to demonstrate the fun of drawing for her by doing it themselves, but I quickly realized that part of the problem was her comparing her drawings to adults’, so I categorically forbade any adult to draw anything for her, no matter how she begged.

Last week, we had a breakthrough.  She asked me to draw her a rose.  Instead of gently declining the request the way I usually do, I said excitedly, “Hey, want me to show you how?”  We sat down, and with hands firmly behind my back I instructed her to draw a circle, and then a line coming down from it.  “Look!” I said.  “It’s a rose!  Now you can make it any color you want.”  I’m not sure why this was the breakthrough, but suddenly she spent half the afternoon drawing lollipop “roses” in every color.

The next week, I instructed her to add an extra line to the lollipop, and called it a person.  She caught onto this quickly, and then within a few hours, without my even being in the room, she was drawing intricate people (for her age), people with limbs I hadn’t told her how to draw, people with hair and smiling mouths and the right color clothing to match the Disney character she had in mind.  As if she’d suddenly caught up to a year and a half of delayed development in a matter of hours.

But it wasn’t her mastery that delighted me.  It was the way she grabbed my hand and dragged me in to show me.  The way she insisted on taping them to the wall, herself, to look at in perpetuity.  The way she stopped thinking of art as pass/fail, and instead as a way to communicate something inside herself (in this case, a deep fascination with the movie Tangled).  Instead of seeing what the drawing wasn’t, she could finally see what it was.

I find myself envying her.  I wish that, knowing how flawed my work is, I could still feel happy about it.  I wish I could be proud that, to whatever limited extent I’m capable, I captured something that is important to me.  But I’m the little girl sitting in front of a piece of paper near tears, looking at what the grownups drew and knowing I can never, never, not in a million years, do that.  It’s as paralyzing for me as it was for her.

So no, I won’t be reading any of my favorite authors, not until my drawing is finished.  Will that stop me from being crushed by shame over its weaknesses?  No.  But at that point my shame cannot undraw it.

*Not his real name.  Not for his protection, I just honestly don’t remember.

It’s been awhile since the last time I put a novel to market, and so I decided to seek some feedback on my current query from other writers who were strangers to me and my work.  The feedback was invaluable, and improved my query 1000%, but I noticed something odd.

Counting my contact information, my query letter ended up at 339 words.  I was told through gentle hints, and sometimes through blunt condescension, that spending a total of 24 hours (that’s 24 hours working, not a 24 hour period between starting and finishing) perfecting 339 words showed a slipshod recklessness that revealed me as an amateur.  Any attempt to argue that this sort of energy would be better directed toward the actual product being advertised was met with resounding prophecies of eternal unemployment.  I call bullshit, and here’s why.

A query is a first impression, and it matters.  Every word should pull its weight in at least two ways.  But if spending 24 hours on 339 words is not enough to make an agent or publisher want to work with you, you have a problem.

Let’s do the math.

Think of the average number of hours per day that you have to write.  We’re not counting idea conception, research, outlining, or marketing.  Just the act of wordcrafting.  Decide on a number, and keep it in your head.  Got it?  Okay.

Let’s say your number was six.  You write six hours on Sundays, and on Christmas, and on your son’s third birthday.  Even when you’re in the hospital for abdominal surgery you still somehow manage to get in your six hours of painstaking word-crafting.  To finish a 100,000-word novel, the 4.24 minutes per word that I’m told is lazy and impatient for a query letter would take you three and a quarter years.  So take your number of daily writing hours.  Divide six by it.  Multiply it by 3.25.  That’s how many years it would take you to lazily and impatiently finish your novel.

I’m under the impression that if you aren’t George R. R. Martin, and you expect to pursue writing as something other than a form of pro bono artistic expression, you are going to have to spend your work day doing things other than obsessing over word choice, and your publishers aren’t going to give you three and a quarter years to do it.

Allow me to remind you that 4.24 minutes per word was considered flagrantly insufficient by the writers who were assisting me with my query letter.  Let’s be generous and say they expected ten minutes per word.  So, take the number of years you came up with before, and multiply that by 2.4.

There is a line where effort and professionalism becomes obsession.  And I get it.  That “yes” to the query feels so good, and by publishing standards, it’s instant gratification.  It’s tempting to feel smug about your queries’ increasing request-to-rejection ratios, but if you are accumulating these kinds of statistics in scientifically meaningful numbers, it means that no one has yet been moved to take a chance on your novel.  But congratulations, you’ve gotten very good at writing letters.

My advice: spend at most two days on the query letter, make it reasonably enticing, and move on.  What really matters is what happens when that agent or publisher gets to page eleven.  And page thirty-eight.  And page two hundred.

Is my current query letter a stunning masterpiece of ingenious marketing?  No.  But it represents the actual book I’ve written, and its level of polish (allowing of course for that extra “first impression” flair) represents what I feel I’m realistically capable of delivering on a consistent basis.  I am advertising not just this book, but myself as a writer.  I want to put on a good show, but not so good that I break hearts when I reveal what’s behind the curtain. 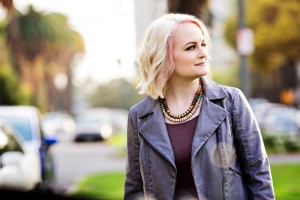 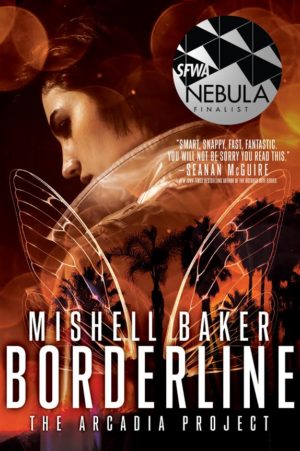